Contact Now
Detailed Product Description
Laijie has been producing the VR resolver as the Superior Flat Absolute Angle Sensor for the EPS motor since 2007.
The VR resolver is a kind of revolving transformer that uses the change of the air gap magnetoresistance to change the output signal. It is based on the principle of electromagnetic induction, using the air gap change and the magnetoresistance change, so that the induced voltage of the output winding is corresponding to the mechanical rotation angle. Angle sensing element with sine or cosine variation.
First, the introduction of magnetoresistive rotary transformer
The reluctance resolver is a new type of high-precision angular position sensor with simple structure, reliable operation and high-speed operation 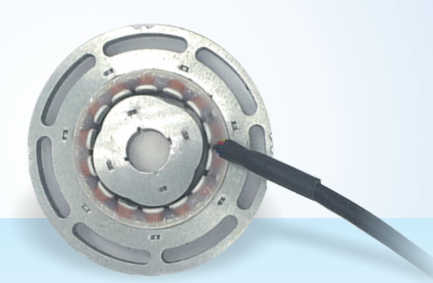 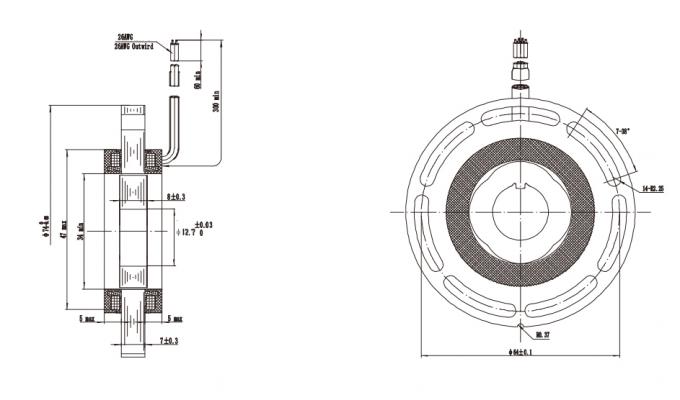 The VR resolver has a big difference from the traditional wire-wound revolving principle. The air gap of the conventional wire-wound type is uniform, and the change of the rotor angular position is calculated by the relative positional change between the rotor signal winding and the stator excitation winding. The reluctance type of the signal winding and the excitation winding are fixed on the revolving stator, and the air gap permeability change with the sinusoidal trajectory is generated only by the salient pole effect of the rotor, and the positive and the cosine signals are induced in the signal winding.
Second, the principle of magnetoresistive rotary transformer
Reluctance resolver structure
The structure of the reluctance type is different from the conventional winding type revolving in that the field winding and the output winding are disposed in the slots of the stator core, and the rotor is only formed by stacking the teeth. Any winding for contactless operation. The inner punch of the stator punch has a number of large teeth (also called pole shoes), and each large tooth is punched with several equally small teeth, and the windings are placed in the large tooth grooves. The outer surface of the rotor is punched with a number of equally spaced small teeth, the number of which is equal to the number of pole pairs. Both the output and input windings are concentratedly wound, and the number of turns of the positive cosine winding varies sinusoidally.
Contact Details
Guang Zhou Lai Jie Electric Co.,LTD